Culinary Cultural Appropriation, How Can You Identify It? 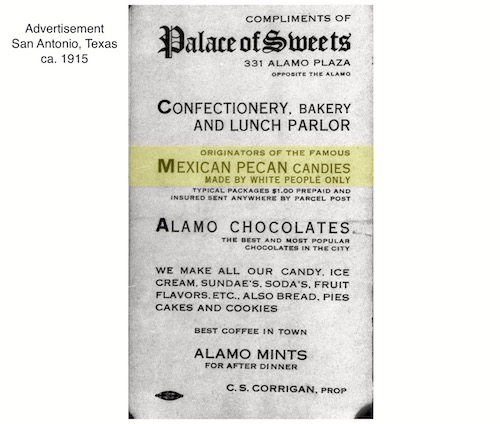 My Essay on Cultural Poachers
Cultural Appropriation in the Food Industry

The comida casera, home-cooking of Texas Mexican American families, has been appropriated by commercial cultural poachers who in the process harm both the cuisine and the community that created it. I use the term, “cultural poachers,” to describe people who pretend to represent the best of a cuisine but cannot ever do so because their actions divorce the cuisine from its culture. Harmful is an apt description of culinary cultural appropriation, and sinister when it hides behind the pretense of culinary auteurism.

An auteur endeavor is the cook’s rightful artistic exploration and it should be championed. It’s far different from what is simply brash and harmful poaching. How to tell the difference? Three measures can be used to do so, and they involve taking a wholistic view of cooking, to understand that all cooking has the power to affect social relationships, with political and economic consequences. The three measures are voice, agency and money.

Does the entry into another culture’s cuisine diminish or silence the voice of the original creators of that tradition? Especially in the case of indigenous Texas Mexican food, the comida casera  created and enjoyed by Mexican American families, the history is one of erasure and oppression. It’s been only the resistance and resilience of women cooks that have kept alive and brilliant the  home cooking in Mexican American kitchens of South Texas and Northeastern Mexico.  The cuisine is indigenous, Native American, and it developed over hundreds of years, resisting and prevailing over conquest and colonization.

Over time the indigenous people and their cuisine became “Mexican,” their roots erased from history texts, in popular discourse and by official state decree.  In 1837 the Standing Committee on Indian Affairs of the Republic of Texas, in its report to President Sam Houston, declared that the Karankawa, Lipan and Tonkawa indigenous Texas people were to be considered “as part of the Mexican nation and no longer to be considered as a different People.” So the Texas Native Americans suddenly became Mexicans. It is cultural poaching when one enters another’s cultural sphere and the result is erasing their voice.

Destroying or silencing voices of the original creative cooks also harms the cuisine itself and our enjoyment of it.  One example is how we understand and use chile peppers in cooking. Poachers of Mexican cuisine have defined chiles according to the amount of capsaicin in the seeds and membranes. There’s even a Scoville scale that assigns a number to each type of chile, so one can select properly the type of chile needed for cooking. But that ignores the real way that chiles work in the cuisine.

The original voices of Mexican cooking will explain that chiles are used for taste, color, aroma and texture. Heat “es lo de menos,” that’s a lesser consideration after complexity, depth of flavor and appearance. Whose voices are you silencing?  That’s a good measure to determine poaching.

Agency is another consideration. As opposed to collaboration, poaching into another’s cuisine minimizes, even erases agency, the creative and intellectual ability of original artists. Indigenous Texas Mexican women created the dish we now call “chili.” They are the agents. But the credit is most often given to Texas cowboys with stories and legends that aggrandize them. Food poachers have erased the agency of indigenous women.

The third measure is money. Texas native peoples were dispossessed of their lands, and their economies of trade and travel were destroyed. Spaniards were the first to invade, then the French and later the Anglo immigrants landing on the eastern shores and migrating westward. Over the course of three hundred years the indigenous Mexican American community was deprived of capital and it is working capital that underpins the restaurant industry.

Cultural poachers who have access to capital grab the best of Texas Mexican dishes and turn them into a business that quickly overtakes the traditional small family-owned Mexican restaurants suffering the vestiges of historical capital deprivation. When taking another culture’s recipes and overtaking their market, food poachers cause economic harm. Not only that, but by doctoring traditional dishes with the more appealing and addictive ingredients of high fats, high salt and sugars, money-making becomes deadly.

Voice, agency and money are three measures that are always operating in the food industry, and the Mexican American community of Texas has been fighting with some success in a playing field that is historically stacked against them.  Cultural poachers need to get beyond their “auteur” argument, that chefs have the right to artistic freedom and therefore can act desultorily, any way they wish. That is not an artistic vision.

There is an overriding value and vision that all artists must face:  Can you have beauty without justice?

Send me comments about my essay, and here’s a bonus recipe for Chile Con Carne, “Chili.”

NOTE: If you found my article helpful, I invite you to follow me on Twitter, Instagram and Facebook, or subscribe below for updates (I'll email you new essays when I publish them).
Pissaladiere Tart Makes a Briny Blast
Truly Texas Mexican, The Movie

3 thoughts on “Culinary Cultural Appropriation, How Can You Identify It?”