“The Institute of Chili” in San Antonio, a new generation of “chili queens” 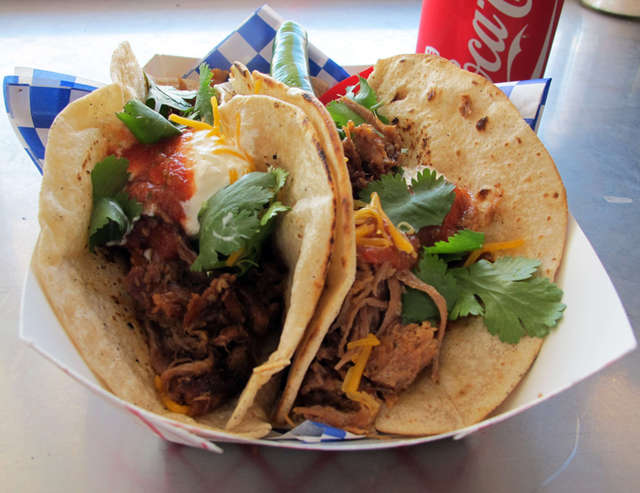 “The Institute of Chili” is a food truck in San Antonio operated by visual artist and cook, Ana Fernandez.

Parked just a short walk from the Alamo in a bustling food truck park called Alamo Street Eat Bar, the truck offers traditional and updated chili dishes: chili on a brisket burger, chili on fajita tacos, chili on tamales, and, of course, straightforward chili served with cornbread.  Ana says that “The Institute of Chili” is following in the footsteps of a celebrated group of business women, cooks in the 1800’s and early 1900’s who operated open-air diners in San Antonio’s market square.  They “were the original mobile truck vendors in San Antonio.”

American writers like Stephen Crane (Red Badge of Courage) wrote about their first taste of Mexican food as they sat at these diners run by indigenous Mexican women.  Crane recalled in 1895 that “upon one of the plazas, Mexican vendors with open-air stands sell food that tastes exactly like pounded fire-brick from Hades — chili con carne, tamales, enchiladas, chili verde, frijoles.” (Jennings)

“Chili,” the anglicized term, for “Chile,” stuck in the English vocabulary and to this day is used to refer to any of the array of chiles used in Mexican cuisine. But the name also came to be used to refer to the actual women restaurateurs.  “Chili Queens,” they called them.  San Antonio native,  Annie Madrid Salas exclaims, “I don’t know who named them the chili queens, probably some gringo!” (Silva & Nelson, 2004)

Open-air restaurants are an ancient Native American tradition.  Surviving native documents record that prepared foods were a feature of markets in Tlatelolco, Mexico, founded in 1338. Cooks served tamales, tortillas, atole, beans, chocolate and variously filled and stuffed tortillas. (Solis & Gallegos, 2000).  Ballinger, Texas was the site of a huge market fair that annually convened thousands of Texas Indians for trade in the 1400’s.

“We are the new chili queens,” says Ana, explaining that her cooking is part of a larger history and of community.  “I’ve always loved to cook and to serve food to friends, to all people.”  Having learned about the “chili queens” when she was in high school, Ana is not only identifying with them now, she is also moving their legacy a step forward.  “The Institute of Chili” is a serious business.

A business just like the outdoor tables of those ladies who preceded the male dominated “TexMex” restaurants that sprouted up in the early 1900’s,  just at the same time that the “chili queens” were being shut down by the city of San Antonio health department.  Dr. Felix Almaráz, Professor of History at The University of Texas at San Antonio says, “Alamo Plaza was more for Caucasians and business people, politicans. …the chili queens were considered an eyesore because their little setups were not, they were not ‘high tone’”

He laments, “When they were here, we didn’t protect them. We didn’t know that there would be bureaucrats who would come at them.  And try to get them either to reform or to change or to move out.  And it seems that they moved them out.” (Silva & Nelson, 2004)

With her modern menu featuring artfully-blended Brisket Tacos, Ana Fernandez is proclaiming that they are back.

“We really are honored and excited…to pay homage to the original chili queens.  We are really  grateful for everyone who comes by the truck to support a new generation of chili queens.”

1 thought on ““The Institute of Chili” in San Antonio, a new generation of “chili queens””