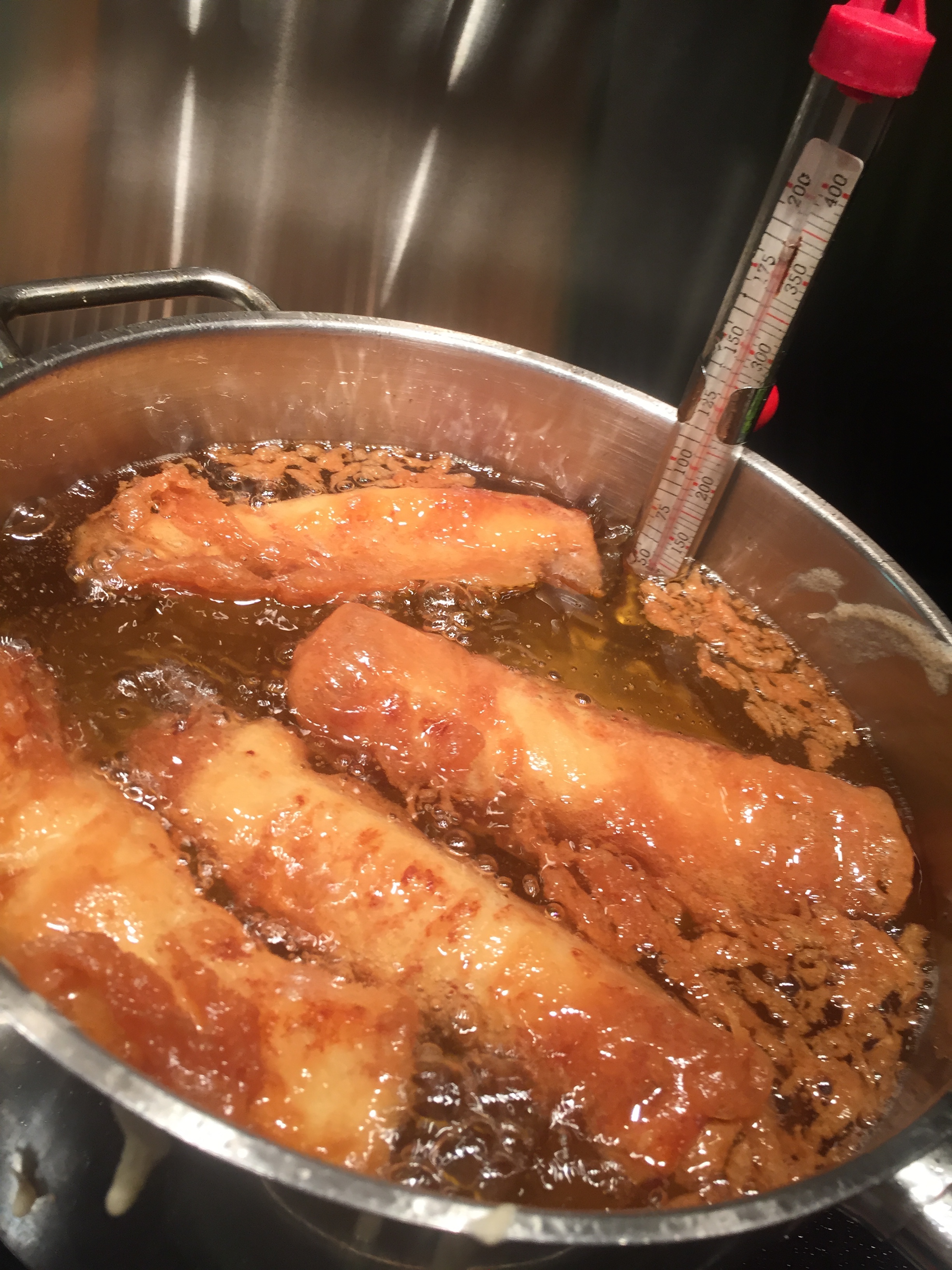 The cod that we have in the Texas Mexico Gulf is “Southern Hake” (Urophycis floridana).  It doesn’t have the large, firm flakes of Atlantic cod but rather has a tighter texture, and it is fairly soft and delicate. When fried with this featherlight beer batter, it’s finger licking delicious.

The Southern Hake occurs in the Gulf of Mexico and is sometimes caught on hook and line, particularly in winter.  For you all fish aficionados:  It averages a pound in weight, about 12 inches long, and is one of several other species in the genus Urophycis that are about the size of the red hake or smaller.

I’ve tried many batters but prefer this version that I learned when I was in school at the CIA, Culinary Institute of America.

Method
1. Separate the egg, set aside
2. In a large bowl, whisk together all the dry ingredients, then add the egg yolk and the beer and whisk vigorously until the batter is completely smooth.  Chill in the fridge until you’re ready to use it.  I usually chill it for 30 minutes to one hour.
NOTE:  When you are ready to use the batter, whip the egg whites to stiff peaks, then fold into the batter. This step makes the batter gloriously light.
3. Heat the oil in a deep fryer or deep pan until it reache 350° F.
4. Pat dry the fish pieces and season them with salt.  Dredge them in flour place them in a collander, shaking them to remove excess flour.  There should be only a very light coating.
5. With tongs, dip the pieces in the beer batter and fry them until they are a dark, golden brown, about 11 minutes.
6. Remove the fried fish with a slotted spoon and place on paper towels.

NOTE: If you found my article helpful, I invite you to follow me on Twitter, Instagram and Facebook, or subscribe below for updates (I'll email you new essays when I publish them).
Buñuelos, New Year’s Eve Tradition — “¡Feliz Año Nuevo!”
Pecan Stuffed Mushrooms