Chilorio is a specialty of Sinaloa, Mexico. I’m serving it here with Ensalada de  Bodas, another specialty of the northern Mexico region. 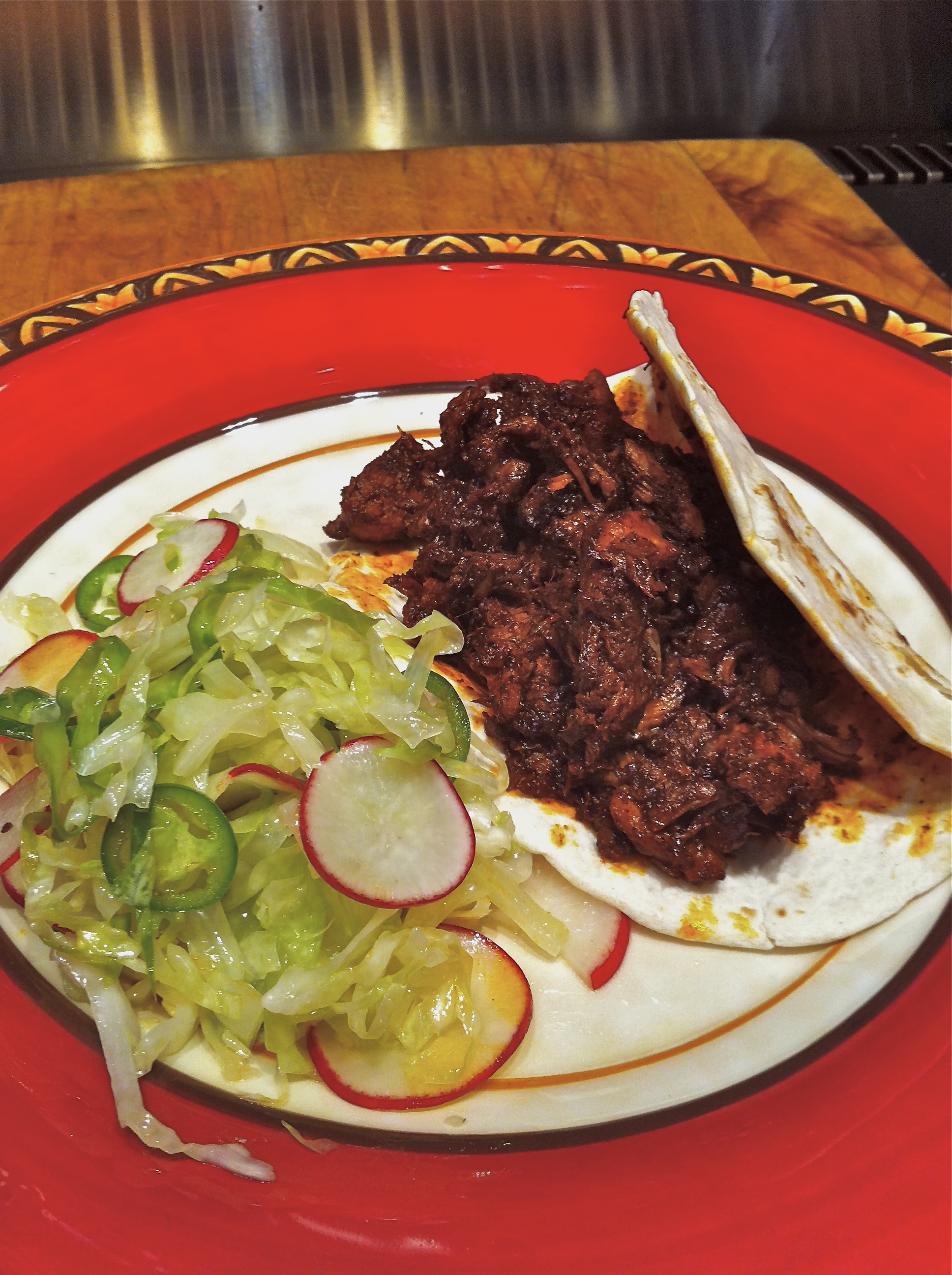 Chilorio is somewhat similar Texas Chile con Carne.    The Texas Mexican region shares many similar food types and techniques because of the cohesion that existed in the region, even with so much constant turmoil.   Alston V. Thoms from Texas A&M  writes that “Given substantial populations in all parts
of Texas for thousands of years, it is unlikely that there were any
significant trade secrets in the world of basic cooking technology.  In
summary, the people of the interior South Texas were surely familiar
with the types of game animals, aquatic resources and plant foods found
in adjacent regions as well as with the methods the people there used to
procure, process, cook and consume those resources.” 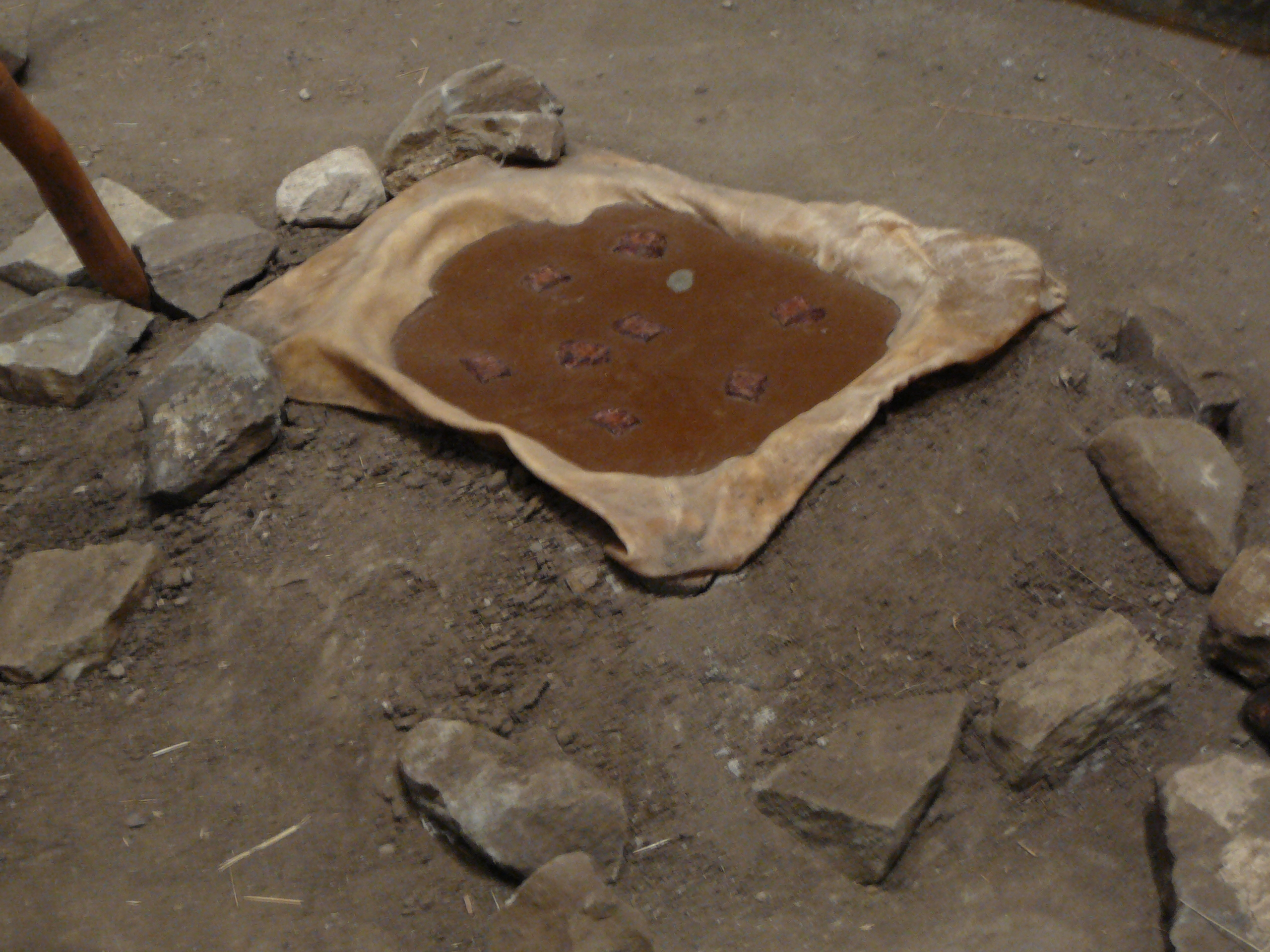 Chilorio is a type of pulled pork that is cooked by boiling, a technique that dates back thousands of years.  As seen here, the cooking implement is made by digging a bowl in the Earth, covering it with bark or hide and adding hot stones to bring the water to a boil.  (photo courtesy nativeamericannetroots.net)  As the meat cooked slowly, it became “fall apart” tender.  This technique was employed  by the Indians of what is now Texas and Northern Mexico.  They traveled back and forth across regions so it is not surprising that the Chilorio pulled pork of Sinaloa is similar to the Chile con Carne of TexMex. 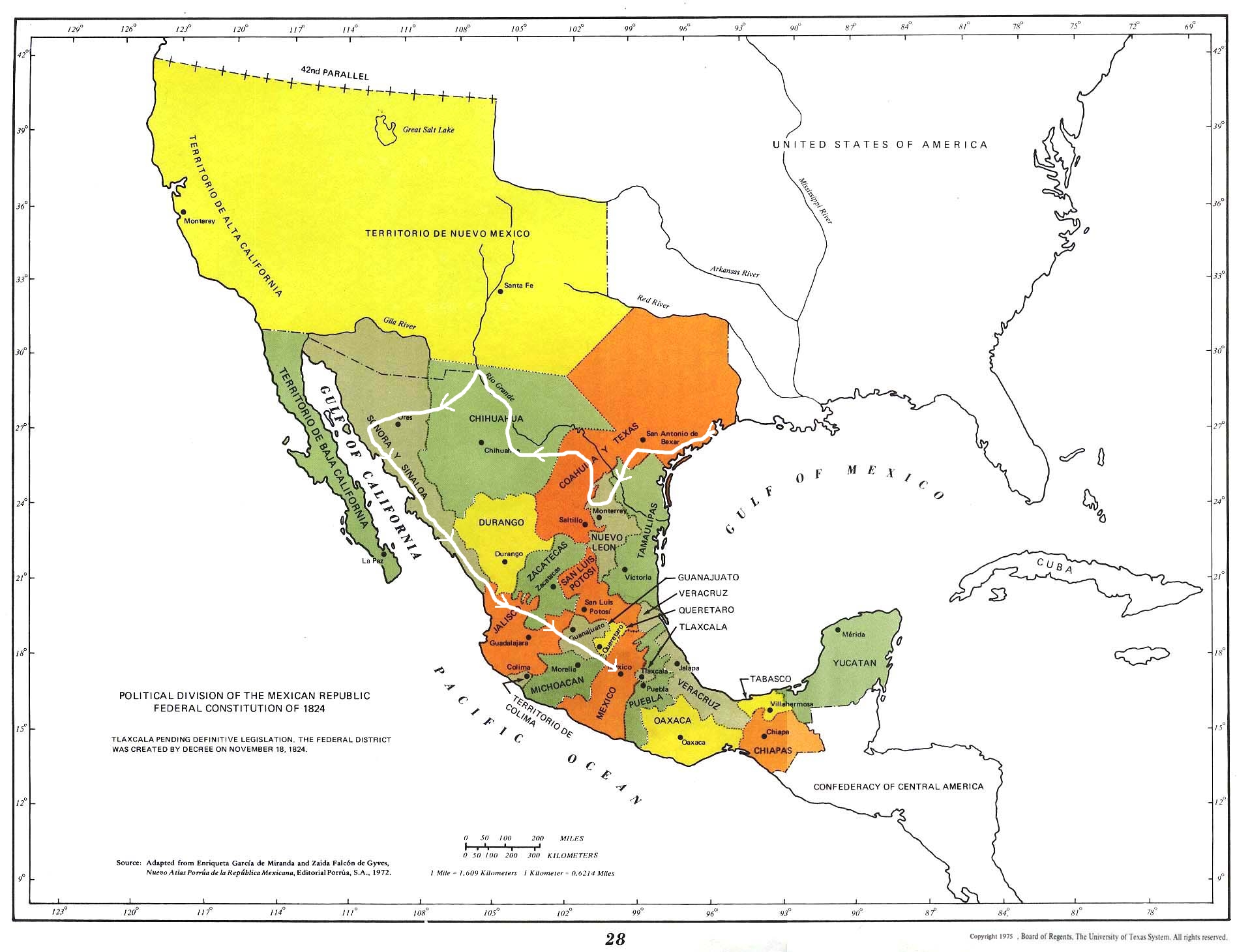 Indeed, on this map of  1824 Mexico(1) I drew the route that Cabeza de Vaca followed in 1500’s to travel from Galveston to Mexico City.  I traced the white line to show that, as the natives did at the time, he traveled from Galveston all through Sinaloa. (I based this route on the one researched and drawn by Alex D. Krieger, University of Texas Press)  There were other similar travel routes that made it commonplace to exchange cooking techniques and ideas.

In this recipe I’ve used Canola oil instead of lard.

Method
1.  In a dutch oven, place the pork cubes and add water to cover them, add the salt and bring to a boil
2.  Simmer covered until the pork is fully cooked and soft, about one hour. Uncover in the last 15 minutes so that most of the water will have evaporated.
3.  Transfer the pork to a bowl and pull apart the meat strands using two large spoons or spatulas.
4.  Using a comal or cast iron skillet, dry roast the chiles slightly, not charred.
5.  Place the roasted chiles in a bowl of hot water and let them soak for 15 minutes.
6.  In a blender, place the soaked chiles, 1/2 cup of fresh water, all the spices and vinegars.  Blend on high until you have an extremely smooth puree.
7.  In the dutch oven heat the Canola oil and when it is shimmering add the chile puree slowly, stirring.  Fry the puree for about 5 minutes.  You will see the color change slightly and, as the liquid evaporates, it will thicken.
8.  Add the meat to the chile and combine well.

Serve with warm flour or corn tortillas. I’ll upload the recipe for the Ensalada de Bodas, “Wedding Salad”, in another blog.
Â¡Buen Provecho!